[Update 08 April 2017: The Auth0 post Navigating RS256 and JWKS describes RS256 in more detail, including an endpoint for accessing your Auth0 Public key] This post covers the following user story and appears as a guest post on the Auth0 blog. As a user, I want to log into […]

This post originally appeared on my accessibility blog – Opening Accessibility] [ Update 2016-10-23 the code is now in the cyclejs community repo] During development of my latest SaaS product, Brian, I’ve settled on a couple of key architectural decisions. For the Frontend I’m using Reactive programming (RP) with streams […]

A common requirement for logic implemented in Azure Functions is to provide a UI created in web content (HTML, CSS, JavaScript). Or to put it another way, you may have a Single Page App (SPA) with it’s backend built using Functions or other BaaS and 3rd party APIs. This content is usually purely static […]

Serverless Schmerverless: what do we mean by “serverless”?

[Update 25 Jan 17: I just had to add the image from Swardley] The debate about the name “serverless has calmed down a tad but may never completely go away. However, we need to move on and so I thought I should state what we have in mind here at […]

Microsoft have certainly hit on a winning formula with the annual Connect developer event. This year,  2016, was even better than last year, with new technologies, some of which where promised in 2015 bore  fruits. The first day of Keynotes was full of announcements of cool new tools and services. Day 2 […]

Azure Functions comes out of Preview 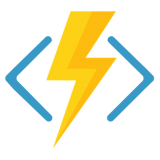 There’s nothing complex about the external view of what a HTML server does. In response to a HTTP GET (say) it returns some HTML in the body, at least a single header of ‘Content-Type’ to identify the HTML format, and a status code, eg 200 for success. This is easily […]

tl;dr; Benny Baur recently wrote about some of the missing pieces in Serveless provision, partly in response to issues raised at the recent ServerlessConf London. As Benny works with AWS, I thought it would be good to see how the Azure Serveless offerings of Functions and Logic Apps stack up […]

Why Serverless with Azure?

Serverless Architecture is a getting a lot of interest right now but at first it can be a little difficult to get a clear understanding of what exactly it is and is not. Azure is a large and growing collection of services and it can be hard to work out […]