Is the web getting less webby and will serverless make it worse?

There’s some big changes happening in web land that are fuelled by rapid app framework developments and advances in cloud land. In particular the system architectural client-server split is shifting. We currently see these architectures (and variations):

SPAs bring web apps into parity with Native Mobile Apps (and even some Desktop apps). The main difference now being the specific client side SDKs used to bind to the messaging protocols such as REST over HTTP.

On the server we see hosting being outsourced at progressively higher levels in the stack: the so called cloudy IaaS, PaaS, BaaS, FaaS and WaaS. In addition, microservices are being used to break up monolithic middle tiers. In the last year we have seen the rise of interest in so called Serverless (BaaS, FaaS and WaaS). This was initiated by the introduction of AWS Lambda, quickly followed by other providers including Azure Functions, Google Cloud Functions, OpenWhisk. 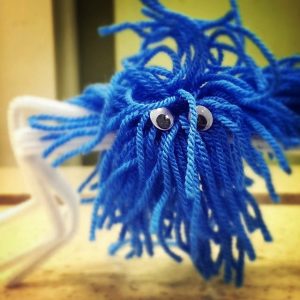 So, exiting times for developers! But are these architectural changes eroding core Webby principals, especially the very carefully developed inclusive design principles? What is the impact on web users?

After 25 years the classic web architecture has, with the help of Web standards, become available to almost everyone regardless of their device capabilities or their accessibility needs. Well, that’s in theory. The reality is completely dependent on developers being aware of best practices and prioritising them. HTML presentation elements are rendered by a wide range of browsers on varied devices including desktop with mouse and keyboard input, portable touch enabled devices with sizes from watches to tablets, and even hybrids such as 2 in ones. In addition to device variability, the Web standards and best practices support human and context variability through carefully baked in accessibility.

The move to micro (and nano FaaS) service architectures on the back end should have limited impact on this webbiness as they are internal details of the servers.  However, the protocols used between client and server are RESTful in the web world, or rather, RESTful communications are the lifeblood of the web. Newer developments like GraphQL start to move away from the web’s RESTful architecture by effectively using one part of HTTP as a transport (somewhat like SOAP). However, this largely a detail of interest to developers only as far as most web users are concerned.

On the face of it the use of client-side generated presentation with AJAX or a SPA should make no difference to webbiness either. True, dynamic creation of the UI is open to developers playing fast and loose with the standards. And accessibility is often being the first casualty. But this is just as possible when content is generated on the server.

A big difference between SPAs and HTML apps is that browser developers put enormous effort into ensuring bad HTML and CSS fail gracefully across supported devices. JavaScript, on the other hand, is NOT fail safe. An error means it crashes and the user probably gets a nasty surprise. Individual developers or client side JavaScript framework developers have to effectively duplicate the effort that browser vendors go to in order to get as rugged an UX. Thus the user experience may not be as  consistent or as accessible with a SPA.

Another issue is that developers want to use the latest and greatest browser features, often in order to give a great UX. For example Service Workers allow developers to provide a great offline experience. As the rate of change accelerates the chances of a user having an old browser that doesn’t support a shiny new feature increases. This is much more exaggerated with features accessed through JavaScript code compared to HTML as the speed and focus is currently there. Even the JavaScript language itself is rapidly evolving witch new features developers are keen to use. So, unless there’s careful design to work with a range of devices users may be left stranded.

An established technique to avoid these problems is Progressive Enhancement where a basic HTML experience is available and UX enhancements are layered on for users with browsers that support the latest CSS and JavaScript shininess. But, with SPAs there is no initial HTML rendering for less able browsers. Lately techniques such as serverside rendering and Universal (isomorphic) JavaScript restore this to a large extent. Interestingly, the drive for these techniques has been SEO (Google can’t spider a client side app)  and time to initial display content of, rather than PE concerns.

In summary, then, the architectural shifts we are seeing do provide new ways to break the carefully designed universal nature of the web and exclude users of some devices or with some accessibility needs. However by carefully following inclusive design thinking at the system level these can be minimised. The shape of web app architectures may be changing but we can ensure the core principles remain in our minds as we develop.